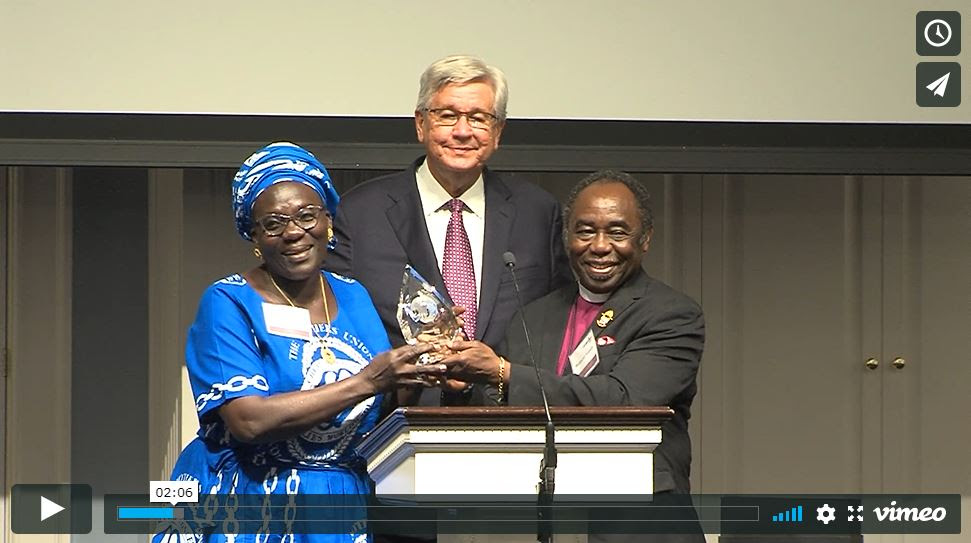 On 30th September Archbishop Ben and Mama Gloria Kwashi were honoured with the Frank Wolf Speak Freedom Award in Dallas, USA. Named for Congressman Frank Wolf has worked tirelessly for decades to promote international religious freedom and later served on staff with 21Wilberforce.

Randel Everett, former executive director of the Baptist General Convention of Texas and former pastor of First Baptist Church of Midland, who presented the award is the founder and President of 21Wilberforce. Randel Everett says, “their life story is one of courage, faith and boundless love.”

Archbishop Kwashi is the Bishop of the Anglican Diocese of Jos, Nigeria and General Secretary of GAFCON. He is well known as an evangelist throughout Nigeria, Africa, England, and the United States. Dr. Gloria Kwashi has been Diocesan President of the Mothers‘ Union, Women’s Guild and Girls’ Guild, and is the Provincial Trainer for the Mothers' Union (Church of Nigeria).

For many years Boko Haram, one of the deadliest terrorist groups in the world, has spawned unrest, displacement, and death in northern Nigeria. The Kwashi’s have not escaped the violence. Their vicarage and church were burned to the ground and they have survived several assassination attempts. In response, the Kwashi’s took in 50 orphans who lost their parents due to the violence. Dr. Gloria Kwashi also founded the Zambiri Outreach and Child Care Centre. The primary and secondary school serves 400 pupils – all of whom receive free education, free feeding, uniform, and medical care.