Eyewitness:the plight of Nigerian Christians – Islamists are destroying our communities

Interview with Archdeacon Hassan John, Research Director for the Primate of Nigeria 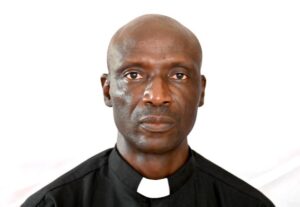 We hear a lot about the killings of Christian communities in the Central Belt of Nigeria. What’s going on?

A slow ‘Jihad’ (Holy War) driven by a militia group of a radical Islamic Fulani sect who have chosen to exterminate Christian communities in the states of southern Kaduna, Plateau, Benue down to Adama in order to dominate central Nigeria. They are very well funded, equipped and strategic and can successfully take on any security forces on the ground. I am not aware of any incident when they have been confronted by gunfire from the army or police. They seem to be able to successfully destroy communities, kill as many as they can and then vanish into thin air.

Who is funding them?

They loot from the villages they attack. In one village the first of three groups of attackers came shooting into the air, hacking and killing the fleeing villagers, the second group went from house to house taking anything that was valuable, and the third group came in and set the homes on fire using chemicals which will burn any building in the rain.

Villages report that they get messages from the Fulani saying that if they do not pay 15 million Naira (£30,000), the villages will be attacked. Some villages raised and paid some money but were attacked anyway.

They also kidnap church leaders, pastors and their families. The Anglican Bishop of Kaduna has suffered this a lot. The church community had to raise funds to release church leaders kidnapped by the Fulani.

Some Government Officials and Community Leaders are also behind this, and maybe also some Religious Leaders since this is an Islamic organized drive that is pushing these groups to do this.

A lot of the crisis in Northern Nigeria has the imprint of Saudi Arabia. The Sunni population enjoys the patronage of Saudi Arabia at every level.  Most sons of the rich go to school and university in Saudi Arabia; many projects and companies in Nigeria come from Islamic countries. The political class in Northern Nigeria believes it has enough backing from the Islamic and Arab world to call the bluff of any Christian there and also of the world. They have the Chinese knocking on their doors ready to help.

3000 Christians have been killed in this year alone. Were this the other way around the Islamic world would have risen up in outrage with motions in the United Nations.

Why then do we hear nothing about it?

Most of these small tribal groups in the central region are very poor. The Government has ensured that local reporters do not report most of these attacks and killings. A lot of journalists have been harassed by security forces. The Government accuses them of siding with the bandits or Boko Haram and of trying to make the army look incompetent. When journalists raise their voices they are intimidated. So villagers have no one to speak for them. Most of the international news agencies are fed up or tired.

You have been appointed by the Primate of Nigeria to report on these things to him. What can the Church do?

The Church has continued over the last ten years to ask the Government to stop the killings and provide security for these communities. But the Government has shown little or no interest. A lot of incidents have shown complicity by the Government and the involvement of security forces in some of the attacks. When a village is attacked, even if soldiers are there, they do not intervene but wait till an hour or two after and then go into the villages to take the injured to health facilities and, in some instances, force the villagers to do a mass burial.

A lot of Church leaders are afraid to speak truth to power. A number of religious leaders have been visited by the police on account of saying things against the Government.

The Church leaders say “What else can we do?”  They cannot tell their people to take arms or to fight; they believe it is the Government’s duty to protect their citizens and failure to do that becomes a tragic situation.

Nigeria is a member of the British Commonwealth. Can external Governments do anything?

Because of the past relationship with Nigeria there has been a lot of cry to the British Government to intervene. But it has been reluctant to because I think it is more comfortable for it to claim that it is a fight for resources caused by climate change between the Fulani herder tribesmen and Christian farmers. But this is a sophisticated militia group with an agenda driven by an ideology which is wiping out communities. Other Fulani herders in other parts of the country are not doing this.

Hardly any village in central areas of the country is without mass graves, sometimes of up to 500 people. The graves are only of the Christian farmers. Where are the graves of Fulani herders killed in this clash?

The British Government does not want to get involved in talking about Islam and ideology because the Islamic world will not be happy.

The Anglican Church of Nigeria is the largest Anglican Province in the world with over 20 million members. What is the impact of this state of affairs on the ACN’s position in world Christianity?

The ACN has influence both in the future of the wider Anglican Communion and in the continent of Africa. The ACN sees the thorny issue of sexuality as an unnecessary distraction from what the church is called to do globally in reaching out in evangelism and missions. As much as the Church of England and the Episcopal Church in America are more focused on ‘who sleeps with whom’, ACN believes the world is more challenged with problems of humanism, atheism, a lot of youth are moving away from the church, the threat from Islam, and, in Africa, poverty and corruption in government.  The ACN holds that the CofE particularly is not setting its feet on what the Lord and the scriptures have said a life should be. Trying to drag Nigeria into the distraction of sexuality and impose the acceptance of LGBTQI+ on Nigeria – people can live their lives the way they want, the ACN has no problems with that. But to insist that they must come into the ordained ministry and run the affairs and lives and have influence on people is not acceptable. The scriptures make clear that the Lord does not accept that sort of relationship between people.

What was your assessment of the Ministerial Conference on the Freedom of Religion or Belief held in London July 5-6?

I am not aware of any resolutions or action plan in how to address the persecution of minorities and religious groups across the world apart from the politically correct talk of saying that for example the British Government is bringing a lot of assistance to Nigeria, training their military, strengthening their structures so that they are able to contain the attacks on Christian minorities in Nigeria. But the British Government has been doing that since Boko Haram came in force in 2014 with the abduction of the Chibok schoolgirls. So much money has come into Nigeria in one form or assistance or another. But it does not yet get that none of this has been working: the killings continue. The Fulani militia groups have now killed more people than Boko Haram. They are currently the deadliest terrorist group in the world and yet are not raising eyebrows.

Had you unlimited power and resources what would you do?

To work on the structures necessary to bring justice. The judiciary has been starved and interfered with by the President. The army is not independent of the politicians.  Muslims have been picked to run the strategic structures in the country not because of competence but because of religious affiliation. Nigeria is imploding. We have a badly structured constitution that has created a unitary government that has settled power in the hands of a few people, predominantly from Northern Nigeria; the electricity supply is not there, the refineries are not working, the universities have been on strike on and off, people cannot travel safely more than fifty miles between cities in Northern Nigeria without being kidnapped. We are now experiencing a failed state. There is so much anarchy on the streets and the security agencies are unwilling to do anything about it, and people are killed by the dozens every month.

Is the answer partition?

Partition is just a matter of time. I do not see how the Islamic North with its drive for monarchy and control and power will allow a Christian who becomes a president to rule over them. Lots of Christians would then go south and lots of Muslims would then go north. It is sad that the British Government is not putting pressure on the Government of Nigeria to sit down and dialogue to solve this problem. They say it is an internal problem for the Nigerian people to solve, no foreign partner can intervene.  Nigerians will solve their own problems but the world will not like the way they will solve it. It cannot degenerate into a war; it may be independence for different regions.  But the British are intervening anyway by sending millions of pounds to the Government. Let them try to get people to sit down at the table as an umpire and discuss what the problem is.

Sooner or later, post the 2023 elections, the defining factor will be the Lord’s intervention to get us moving forward or else we will degenerate into a massive crisis that will split the country.

Q and A by Chris Sugden, Canon of Jos, Nigeria