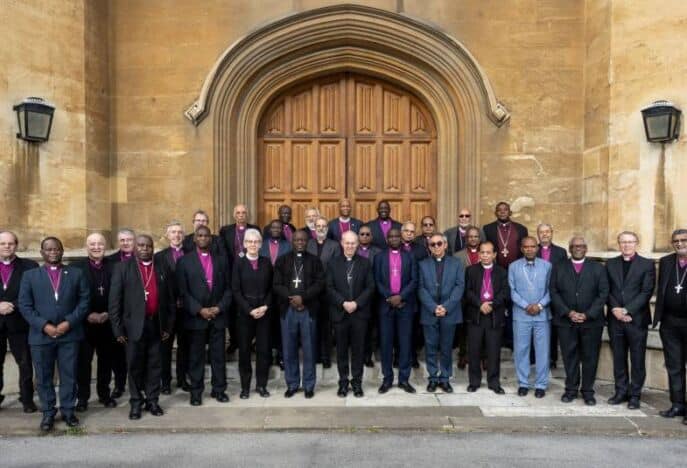 Two visions of the Lambeth Conference of Anglican bishops are emerging in advance of next months 10-yearly gathering. Archbishop Justin Welby who has recently urged Primates boycotting the conference to attend, announced a significant change introducing short ‘Lambeth calls’ instead of the previous practice of agreeing resolutions.

Evangelicals in the Anglican Communion have called for “a wall of prayer” starting this Sunday (26 June) and ending on Sunday 14 August, as delegates return home.

The group representing the Global South Fellowship of Anglican Churches and the Evangelical Fellowship in the Anglican Communion said that the Lambeth conference programme was “tightly designed to prevent formal discussion on marriage and sexuality or gender identity. This, despite the latter being ‘the issue’ the West is facing,and the one the ‘spirit of this age’ is using, challenging identity, marriage and relationships.”

Bishop Henry Scriven, General Secretary of EFAC, continued, “The current challenge to biblical orthodoxy by modern culture in the West should be regarded by the Church as a unique opportunity to answer these deep and fundamental questions – pointing people to God, not encouraging them, in their confusion, to try secularist ideas, philosophies and hormonal and medical treatments which will never meet their deeper longings. Only a personal relationship with Christ will.

“We hope that every Christian in the UK will pray for all GS delegates, that the Spirit of God will give them wisdom, faithfulness to scripture, winsomeness and grace to focus the Communion on Jesus, and Scripture.”

Bishop Scriven said a resource group had been formed to support Archbishops and bishops from the Global South attending the Lambeth Conference. The call to prayer to UK evangelicals is to ask them to pray each day at 9am, 12 noon, 3pm and 6pm symbolically representing orthodox provinces and delegates from north, east, south and west of the Anglican Communion.”

The Archbishop of Canterbury denied that discussion of human sexuality had been removed from the programme pointing out that the Lambeth Conference “will also deal with some of the contentious subjects but actually not with the aim of a dramatic change in the Church’s teaching, but bringing us into deeper love of one another.”

He earlier insisted that the traditional resolution agreed at the 1998 lambeth Conference remained the latest teaching from Anglican bishops.

Archbishop Welby announced in a video message that bishops attending the Lambeth Conference will issue ‘Lambeth Calls’ instead of voting on resolutions. He said, “One of the problems is, that so often in the past we have had things called resolutions. And in a sense, we all know what a resolution is. But when the Lambeth Conference resolves something, it doesn’t mean it’s going to happen and that is a bit confusing. It means it just gets offered to the whole Anglican Communion who are called to consider what it means.

He said those ‘calls’ would be upon the Anglican Communion to pray, think, reflect and for each province to decide on its own response. He said that, at most, a dozen calls would be issued, structured to talk about scripture, the tradition and what the bishops “feel to be the way that God is calling them”

He explained, “It’s humble. It says, ‘we offer this to you as what we think God is calling us to do.”