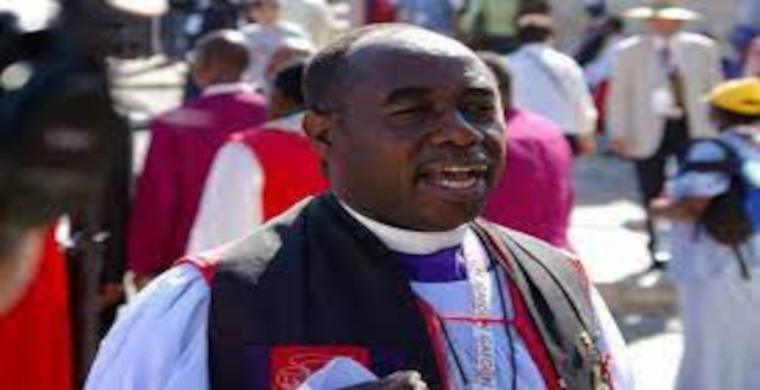 Lord, to whom shall we go? You have the words of eternal life, and we have believed, and have come to know, that you are the Holy One of God. – John 6:68

“Difficulties are going to come…we must go through a time of weeping and seeking the Lord…we have an apostolic commission to take the gospel to the world…the gospel is not just a statement, it is God’s promises of what has happened and what will happen for the salvation of the world…”

On the evening of 22nd March, Archbishop Benjamin Kwashi spoke via Zoom, to an audience consisting mostly of members of the Gafcon Great Britain and Europe branch, with others looking in from Africa and North America. Interviewed by Bishop Andy Lines of the Anglican Network in Europe, Archbishop Ben began by recounting his journey of growing up in a Christian home, then making a firm commitment to following Christ at the age of 20. Following a call to ordained ministry soon afterwards, he met Gloria and they married; only later did he pay attention to something she had explained to him on their first meeting, her ministry of caring for large numbers of children in the family home, which she has done, as well as six children of their own. He paid tribute to her for being a strength for him, showing courage and faith during his 9 month cancer treatment: “I am a living miracle, thanks to the prayers of the church…I owe it to God to serve the church”.

He has been bishop, then Archbishop of Jos for 30 years. Explaining his connection with the city, he said it was very humbling to be asked recently by a local transport union, predominantly Muslim, to be their patron. The region was originally evangelised by Anglicans (CMS) and Roman Catholics, then later by other mission groups. Ben’s father was converted and received his schooling as a result of the sacrifice of these British missionaries who came to serve the people and to die. Ben’s narrative refutes the commonly heard assertion that Western missionaries were simply a racist extension of harsh colonial rule. Nigerians Anglicans honour those young people who arrived to share Christ, sometimes packing their belongings in coffins as they expected to die within a few months. In northern Nigeria, some preached the gospel to Muslims against rules of colonial powers. Ben listed the names of some British and also local indigenous missionaries, and spoke of a project to restore some of their graves.

The first Anglican prayer book in the local language was published in 1921, and the church grew steadily, then rapidly. Muslims have not been happy with what has for some years been a Christian enclave, in the strategic gateway between north and south. Now many around the world are familiar with the terrible killing of Christians and destruction of property which happens on weekly and daily basis in the surrounding areas. Most orphans taken in by Gloria are from internally displaced refugees.

“We cry out to God – why do we suffer so much? Is it our fault?” Ben has kept ashes in a box from his home and church burned in 1987. It reminds him of his conviction to preach the gospel with the time that is left; also uplifting the poor through building schools, agriculture and health care. “Faced with crisis, we become ‘Jospitable'”, he says. Jos Diocese has raised up and trained many clergy, missionaries and servants in various professional fields. 14 bishops in Church of Nigeria started in Jos; “they have come through suffering and don’t fear death.”

Moving on to Gafcon, Archbishop Ben explained how during his recovery from cancer treatment, he went through many of the original documents from the formation of Gafcon – the “thoughts of the fathers”. This has helped him to distil priorities of ministry for the global Anglican fellowship, for example:

* taking the apostolic gospel to the world in sacrificial way

* training the next generation take up the baton of sacrificial, courageous leadership

* encouraging the ministry of women, who, particularly in Africa, incubate the seeds of revival in their homes!

* building fellowship and trust between Gafcon Primates: “there is no substitute for travelling and visiting colleagues”

* mercy ministries, demonstrating the gospel to those in need

Before the interview with Archbishop Ben, the attendees had already heard the news that the date of Gafcon IV in Kigali, Rwanda, has been changed to April 16-23 2023. The conference centre in the city centre can accommodate 3000 people, and Ben hopes that most places will be filled, with delegates from many parts of the world. Those from the wealthier countries can assist with bursaries for the less well off. The theme, “Lord, to whom shall we go?” is taken from John 6:68.

Archbishop Ben ended by saying he is aware of the challenges faced by Christians in the West, and particularly Anglicans in the context of false teaching in the church. Both he and Archbishop Foley Beach, Chairman of Gafcon want to encourage people in Ireland, UK and Europe to stand firm for the gospel. “Investment by Britain and Ireland in cause of the Kingdom has been massive; today the medium of English can be used for spread of the gospel worldwide”, he said.

Earlier, those on the conference heard updates from Bishop Andy Lines and Gafcon GBE Chairman Martin Mills. There were testimonies about new expressions of Gafcon-aligned Anglicanism in west Wales and the Isle of Wight, and a significant time of intercession.

A video of the interview can be viewed here