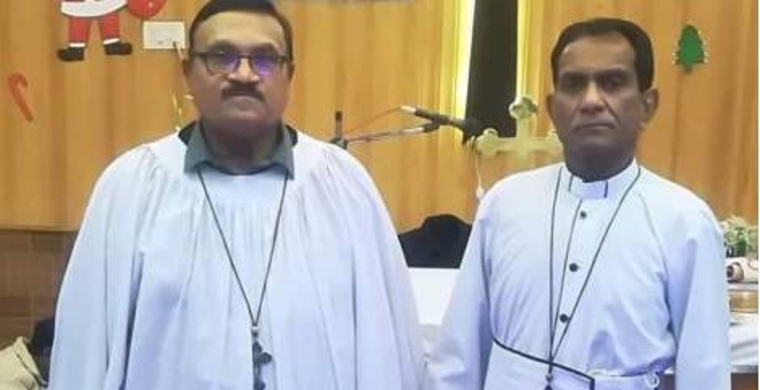 A lethal attack on two Protestant pastors in Peshawar, on the Peshawar ring road near Madina market in the north of Pakistan took place January 30, killing one priest and seriously injuring the other. Two men on a motorbike opened fire on the car with two Protestant pastors, both Anglicans. Pastor William Siraj was killed instantly and Pastor Patrick Naeem, was seriously injured, is now in hospital. Both men belonged to the “Church of Pakistan”, the country’s Anglican community.

The Pastors were returning home after having celebrated the Sunday liturgy at the “All Saints” Church. Pastor William Siraj, who was sitting in the front seat of the car, was killed instantly, while Pastor Patrick Naeem was shot in the back and abdomen. He was taken to hospital, but does not appear to be in danger.

Naeem said that when they left the church, two men on motorbikes followed them and opened fire. “I could not identify them because one was wearing a helmet and the other was covered with a large shawl. Following gunshots to the head and neck, Pastor William Siraj died instantly.

“We are men of prayer and we are dedicated to the community, we do not argue with anyone, we have no enemies, this is an act of terrorism perpetrated by those who want to ruin the peace in the Pakistan and damage the image of our country.”

The police registered the “First Investigation Report” (FIR) and launched search operations to find the attackers. The crimes charged to unknown persons are murder, attempted murder, damage to the life or property of others, sectarian violence, under the anti-terrorism law which provides for a summary trial.

Anglican Bishop Humphrey Peters, who heads the Anglican diocese of Peshawar, strongly condemned the attack and said; “We express our deepest condolences to the family of William Siraj, who are grieving as we all are. It is indeed a great loss. We ask for justice and protection for our Christian families”.

Archbishop Azad Marshall, President of the Assembly of Anglican Bishops of the Church of Pakistan, added; “This is a horrible and inhumane act, without any reason. We call on the government to take swift action to ensure justice is done and that the lives of the Christian faithful in Pakistan are protected and can be carried out peacefully”.

Khyper Pakhthun Khwa (KPK) Provincial Chief Minister Mehmood Khan, assured the police of his determination to arrest the perpetrators, said; “This is a heinous act; the perpetrators will not be able to escape. This attack aims to harm inter-religious harmony in our province. The elements involved in this attack are enemies of peace and coexistence”. The faithful recall that the church where the two pastors worked has already been the scene of a terrorist attack on September 22, 2013, when two suicide bombers blew themselves up in the “All Saints” Church in Peshawar after the Sunday Eucharist, causing the deaths of 127 and injuring 170.

In several cities across Pakistan, Christians gathered last night to condemn the attacks, lighting candles and raising their voices to demand protection for religious minorities living in Pakistan. In Karachi, in the south of the country, the organization “The Voice for Justice” brought together the faithful in a prayer vigil, calling for peace and justice and expressing deep solidarity with the families and communities affected. (AG-PA)