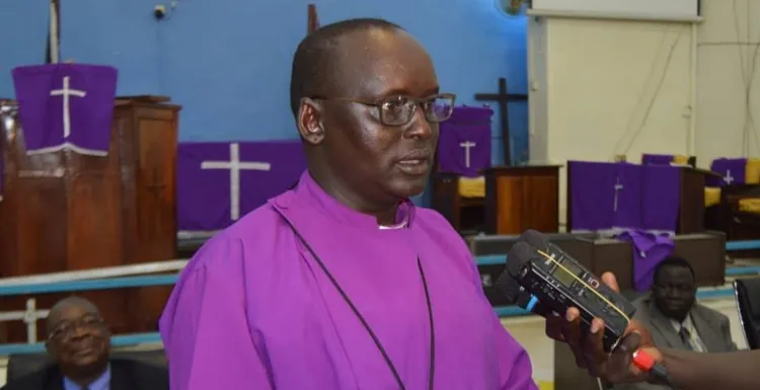 A provincial archbishop of the Episcopal Church of South Sudan (ECSS) and two other bishops survived what African news outlets described as an assassination attempt at a church on January 22. The incident was followed the next day by a nearby armed attack that left more than 30 people dead.

It is not clear whether the two incidents are related, nor who is responsible for the violence. The Rt. Rev. Moses Anur Ayom, Archbishop of the Internal Province of Jonglei and Bishop of Bor, told Radio Tamazuj, a South Sudan news outlet, that the attempt on his life was made by armed youth loyal to a former bishop who was defrocked in 2020.

But the Archbishop and Primate of South Sudan, the Most Rev. Justin Badi Arama, released a statement attributing the attack to “some senior politicians from Jonglei [who] are misleading innocent citizens to practice such evil acts against the church.”

ECSS has suffered internal conflict since Arama defrocked Bishop Reuben Akurdit Ngong in August 2020, accusing him of canonical disobedience, according to Radio Tamazuj. Akurdit tried unsuccessfully to get reinstated by the secular courts, which referred the matter back to the church.

“On Saturday at 3 am, a group loyal to Akurdit attacked me, Bishop Gabriel Thuc and Bishop Zechariah Manyok at St. Peter Church,” Bishop Anur told Radio Tamazuj. “They wanted to kill us. After failing to open our doors, they fired our rooms with PKM and AK-47. In my rooms alone there were 28 bullet holes.”

“Rev. Jacob Ngong, a clergyman loyal to Akurdit’s ECSS faction, dismissed Bishop Anur’s version of the story and said that they were acting in self-defense,” Radio Tamazuj reported.

The day after the attack on the bishops, the United Nations Mission in South Sudan (UNMISS) reported that 32 people of the Dinka Bor community were killed, including three children, when armed youth opened fire in Dungrut and Machined, two villages near Bor. The gunmen from the Murle community also looted and torched civilian property and stole cattle, UNMISS said.

South Sudan, where a majority of the population is Christian, is the world’s newest country, gaining independence from primarily Muslim Sudan in 2011. “Since independence, South Sudan has struggled to form a viable governing system and has been plagued by widespread corruption, political conflict, and communal violence,” according to the CIA World Factbook.

ECSS in turn is one of the newest provinces of the Anglican Communion, having been formally separated from the now much-smaller Episcopal Church of Sudan in 2017, largely because strained relationships between the two countries made the former bi-national province impractical.

Latest update.  Bishop Zechariah reported ( 27 January) “We survived assassination. I was hit on the upper lip of my mouth by a shrapnel of a shattered bullet. But we are safe. The President has now taken the incident seriously. We will wait and see what happens.”