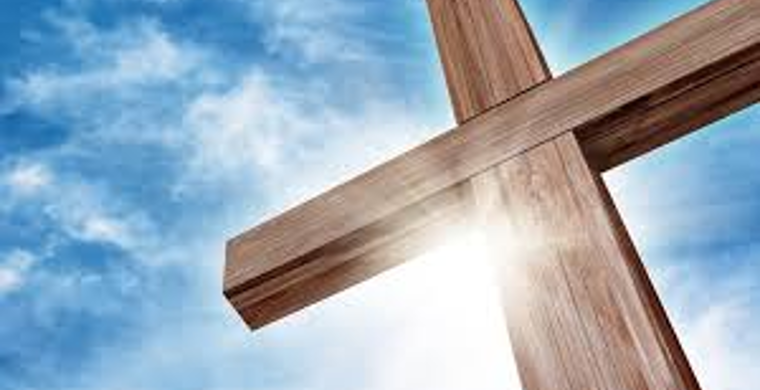 UK: Christian freedoms must be protected, (ordinary) church leaders tell government
Why the ‘Ministers’ Consultation Response’ to the proposed ‘conversion therapy’ ban is a sign of a major shift in evangelical approach to secular culture.

The government consultation on bringing in new laws to ban ‘conversion therapy’ was extended at the last minute until 4 February. One reason for this, it seems, was the perceived exclusion of certain groups because of the complexity of the supporting documents to the consultation response form; an ‘easy-read’ document was hastily published the day before the original date for the closure of the consultation. But reports also suggest that the civil servants responsible for collating the responses were overwhelmed by the number and strength of feeling of those opposed to the plans. Many of those criticising the proposed ban are not from a religious background at all; they are mainly concerned about the potential impact on free speech, and counselling of young people particularly in the area of gender identity. But it seems that a large number of Christians from a wide variety of denominations have also used the consultation to express dismay at the government’s proposals.

The Open Letter from church ministers to the government minister responsible for the process, Liz Truss, has at the time of writing garnered over 2200 signatures. This could be a fraction of the total number of orthodox Christians who have responded to the government consultation. It is worth looking in more detail at the ‘Minister’s Consultation Response’ in terms of what it says and who has signed it, as it could indicate a shift away from a “steer clear of politics” approach among British evangelicals, or compliance with the ruling establishment, towards a more robust and critical engagement with secular society and culture, its values and ideologies.

The letter begins with affirmation of a posture of “welcome” for those with “different experience and views” from the historic Christian norms, including in the area of sexuality and gender; it expresses intention to act with love, gentleness and respect, and rejects the use of coercion and control. It then moves on to the main point: the proposed ban will impact the everyday pastoral work of churches, and potentially criminalise pastors and other Christians, including parents for teaching the faith and giving “loving advice”. What is immediately noticeable here is that there is a refreshing absence of apology for the church’s “homophobia”, past or present. Perhaps the authors felt that they, speaking on behalf of orthodox Christianity now rather than some church attitudes and practices of the past, have nothing to apologise for; perhaps they realise that such apologies have done nothing to prevent the onward march of the LGBT agenda in recent years.

The fourth paragraph addresses head on the false category of ‘conversion therapy’. The focus here is on the unfair and caricatured equivalence of careful pastoral practice, therapy or private conversations, with “evil and disreputable past practices which are already illegal”. One effect of the proposed ban would be to criminalise the former, which would breach a universally agreed right to manifest one’s religion.

The next paragraphs summarise what Christianity has always believed and taught about sexual ethics. It does not, either here or in the accompanying ‘Background and Analysis’ document (eg points 6-14) attempt to answer the objection that many who call themselves Christians do not believe this. This is a bold strategy — to assert aspects of Christian doctrine and assume an agreed biblical basis without attempting to add detailed theological reasoning. It is very different from the ‘let’s weigh up different views equally’ approach of Living in Love and Faith — and it has clearly struck a chord with the signatories. Many are no doubt fed up with church leaders who equivocate publicly on this issue.

The Open Letter goes on to describe a key aspect of Christian ministry often neglected in typical evangelical treatments of sexuality and gender. A common approach, particularly in evangelical Anglican circles, is to reaffirm the bible’s teaching on sex, to affirm the value of people with same sex attraction and gender dysphoria, and to emphasise ministry which helps such people remain celibate and/or live according to their biological sex. This letter goes further in identifying a false ideology within the culture, which encourages people to “believe that their identity is found purely in their feelings” and “best guided by self”.

The background analysis continues: “great harm arises from following our internal desires when they are contrary to the design and commands of God”. A key aspect of the work of ministry, then, is not simply helping people not to act on sinful desires, but to identify and reject the false worldviews which encourage them to see those desires good and an intrinsic part of their being; to elevate self and its public expression as providing meaning and identity. This is a central component of ‘conversion’: a change of allegiance, away from false gods and ideologies to Christ and his kingdom, and change of behaviour. People can change, and part of Christian ministry is to urge people to do so (Letter para 7; Background point 12).

There is an explicit appeal at the end of the letter to the Christian foundations of British society and even government. “It should not be a criminal offence”, the letter repeats, for the church or parents to teach Christian ethics. This contains an implied question — in what kind of state might such activities be criminalised? Surely a totalitarian one? The letter ends by appealing to the role of the Monarch, warning that the bill as proposed would legislate “against the very faith of which she has been appointed defender”.

The Letter is significant for a number of reasons. Here we see:

A new unity among theologically orthodox leaders of a number of different denominations, including Baptist, Anglican, Presbyterian, independent evangelical and Pentecostal.

A new boldness in proclaiming Christian doctrine in the public square, including sexual ethics, sin, guilt and judgement. The writers of the document clearly will not restrict the ministry of the church to the in-house local gathering, or limited evangelistic initiatives around the fringe. Rather, Christian ethics are assumed to be for the good of all, and the church’s responsibility is to the whole community not just believers. The strong critique of transgender ideology resulting in the “appalling crime” of “genital mutilation” (Background, points 30 and 31) are not statements associated with a pietist church, but one seeing the relevance of the gospel to the whole of life, and to church members and unbelievers alike. Anglicans should be the first to affirm this understanding of the church and its mission.

A new confidence in critiquing culture, ideology and worldview, seeing Christian doctrine of marriage as counter to secular “expressive individualism”, and calling people to be transformed by the renewing of their mind according to God’s word, especially on how they view what it means to be human (eg Background, point 6).

A new willingness to be unpopular, and even disobey the law . This is in marked contrast to the strategy of other evangelical groups, who attempt to gain respect from the ruling establishment and avoid being targeted by LGBT lobby groups, seeking to avoid a reputation for censoriousness, developing an image of apologetic winsomeness. As such the letter will not cause division among evangelicals but reveals existing divisions on how to respond to the pressures of secularism.

A new resistance by orthodox Anglicans to the pro-LGBT stance of their leaders. In 2017 General Synod voted to support a ban on ‘conversion therapy’ so to sign this letter as many Church of England clergy have done, is a signal of opposition to the official policy of their own church.

A new voice for the ordinary church leaders. The burgeoning list of signatories does not feature many ‘stand-out’ names, well-known leaders of large churches, and as such as an example of a grassroots movement, not one directed from those normally seen as leaders of the constituency. They have more to lose, of course, from being associated with such a bold and clear initiative. Meanwhile the group who composed the letter and launched this initiative should be commended for their work.